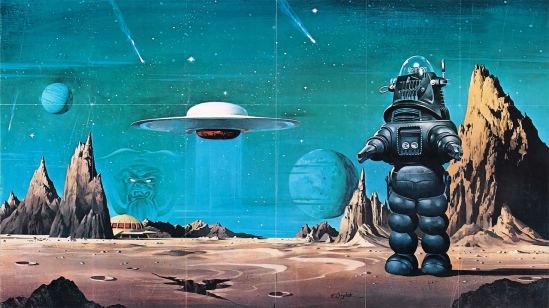 Coming down off the high of writing my first novel, I’ve returned to short story writing. I picked out four submission windows which interest me. Amusingly, I’ve jumped the vein of crime and horror writing and have been focusing my time more and more on fantasy, and am keeping an eye on science fiction. This was all part of my plan to alternate writing “what I know” and slowly expand and improve on what I don’t.

Of the four submission windows, two are fantasy, one is modern-meets-fantasy and the last is military science fiction. These days, it’s important to mention the intended sub-genre. Especially with fantasy, lest the editor be swarmed with Western medieval stories.

It’s not that Europe mythologies are bad or can’t be done well. The problem is that it’s too easy, too accessible. Advanced Dungeons & Dragons, The Lord of the Rings, The Witcher and Game of Thrones along with the books can easily trick hordes of fans into believing they are experts on the original mythologies and/or histories from which these works originated. One submission window I saw sometime back described the resulting work as, “fan fiction with the serial numbers filed off.”

I’ve long begun my research on the cultures of one particular story I have in mind and the pieces are coming together slowly. But while I was at a family reunion for the fourth of July, a story came to me like a bolt out of the blue. The idea had everything I really need: The characters, the plot, the themes.

What made me laugh was that this story idea was for the genre I am least ready for: Science Fiction.

It’s been three years since I last attempted an independent (as in, not built on any pre-established intellectual property) science fiction story. After my last rejection, my friends explained to me that the intended publishers are tremendous believers (not just fans) of Star Trek. That it was the greatest sci-fi show ever concocted.

Since then I’ve figured that you can really learn a lot about a person from the kind of sci-fi they like.

I’ve wondered why that is and I would guess that as “science” is seen as a measurable metric of progress, science fiction can easily emphasis a positive view of the future. It’s not difficult to see science for the acts of technical, biological or chemical engineering. But stories have also investigated application of the scientific method on politics, history, sociology and exploration, some of which take us off the desired path.

I’ve barely saw more than a few scenes of the original Star Trek television series. But I have watched the original six movies, and both the movies and several episodes of The Next Generation. And yes, both of the J.J. Abrams films. The universe is surprisingly optimistic about our species, as most of the problems tend to revolve around foreign crises, the occasional distress call, time traveling to fix or prevent problems. Intra-humanity problems often take a backseat to Klingon aggression or Borg threats.

Sometimes I wonder if there isn’t some humanitarian pride hinted with Star Trek, as the Federation tends to cast us as a fairly advanced species compared to many of our war-inclined galactic neighbors. Although to be fair, I think most of its fans would stop short of saying the series depicts a total utopia. But if Star Trek is the pinnacle of our views as to what humanity can be, every franchise, book and movie after that slowly steps down that scale, away from the suggested, bright future.

I think from there, one could go down the list and classify each kind of science fiction for each kind of person. Very often, I suspect that it’s less about whether or not people are into sci-fi as a total genre and more about whether the sub-genre is to the audience’s taste. People who would roll their eyes at Star Wars and Star Trek could very well love Blade Runner or The Hunger Games, while never realizing that the latter is post-apocalyptic and both are varying degrees of dystopian visions of the future. Likewise, I remembered an amusing article which reminds us all that the family friend film Chitty Chitty Bang Bang is steampunk.

So try to keep this in mind when working with your lab rats beta-readers to best figure preferred genres and tropes.