A BBC article has reported that 5% of authors made 42% of income from published works in 2013. The number of authors who can make a living writing has dropped from 40% (back around 2003) to 11.5%. I strongly recommend you read the article yourself.

The news made me grimace a little. Something like this wasn’t entirely unexpected by any means. A first hand look at sales reports illustrates how difficult it is to earn much. But seeing one’s fears in the raw numbers does give me pause.

When someone encounters a disheartening situation, it pays to take a pragmatic glance at one’s goals. My personal objective was to build my name enough that perhaps I can comfortably write full-time when I retire. As it stands, my retirement is no less than 30 years away, and a lot can happen in those three decades. This report proved that the market has changed, and is probably preparing itself for a kind of bubble in the next couple of years. 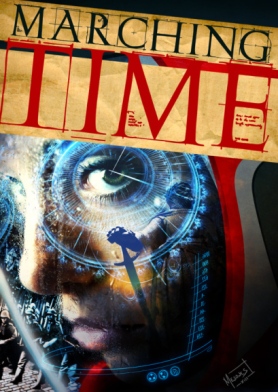 Bubbles, at least in the context of markets, are never fun. Amazon’s e-publishing services are a blessing and a curse in this regard, for they opened the flood gates and removed barriers to entry. I can’t complain, because if Amazon hadn’t offered these services, our anthologies like Far Worlds and Marching Time would never have been published. And some of the publishing companies I’ve worked with might not exist either.

But as Amazon has removed our inhibitions, they’ve also gone on to inflame our passions. Although not the only company to do so, Amazon’s print-on-demand service CreateSpace is a proud contributor to National Novel Writing Month. In 2013, there were over 310,000 contributors to that and more than 42,000 winners. Even if as little as .5% of just the winners decided to push their work onto Amazon in the next year, it creates a deluge of new titles for sale. And that doesn’t include the other 268k non-winning contestants who could finish and submit later.

The pressure is not going to alleviate for a while. It will eventually. There are many of folks who will realize that they only ever had one story in them. Others just wanted to crank out a novel for the sensation of accomplishment. And still others may realize that being a full-time author was not quite what they hoped to be their calling.

In the end, the situation only serves to reinforce the same rule that being a writer is tough and persistence is the only way it can pay off. I guess it finally makes sense of that old phrase how the more things change, the more they stay the same.

Software engineer, writer, gamer and recently a father, James Fadeley keeps himself busy with fresh stories and thoughts on the industry.