Can’t believe that Patriots lost like that. I don’t follow football often, but that game was a see-saw of expectations. Most of my friends, who are Patriots fans, were not pleased. 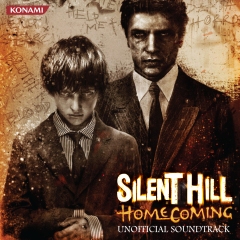 I totally can't wait to see this family's photo albums.

So anyway, I beat Silent Hill: Homecoming yesterday. Yeah, it took forever because I didn’t hammer away at it.

The ending wasn’t quite what I expected. I understand that the developers were really aiming to pull from the same psychological vein of Silent Hill 2. They even borrowed and re-purposed Pyramid Head strictly to draw upon that fan mystique and loyalty. I have to applaud their effort, but I’m still struggling with some of the plot holes. I’ll talk about this more in depth later.

On another note, I noticed that the developers of Silent Hill drew inspiration from the movie Jacob’s Ladder. Without even reading what the movie is about, I’ve added it to my Netflix. I don’t care if the movie’s bad, I’m watching it.

Which brings me to another concern. I seem to be out of a story-driven, single player game for now, as I wait for the price of Gears of War 3 and the latest Castlevania game to go down.

So despite reservations, I am considering BioShock for now. I feel cautious and leery because I’ve done reading about the game development of it. And I guess I worry that the game is a form of interactive propaganda against certain philosophies. Or maybe that’s wrong, and the critics merely misinterpreted the game’s themes.

Eh, I’ve made up my mind. I’ll give a whirl. Write a Silent Hill: Homecoming review later. Time to hunt for jobs and write.